Blind Tiger Swing Posse
Blind Tiger Swing was born in 1998.  Since then, the band has grown to into an award-winning 7-piece juggernaut made up of New England's most seasoned professionals.

Each musician brings their unique skill set that delivers a timeless mix of jazz, blues, swing, pop, soul, and rock. 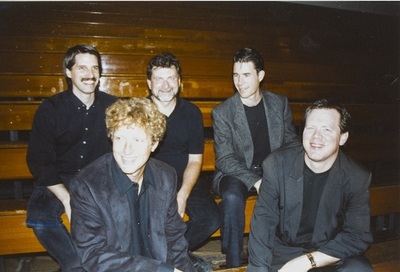 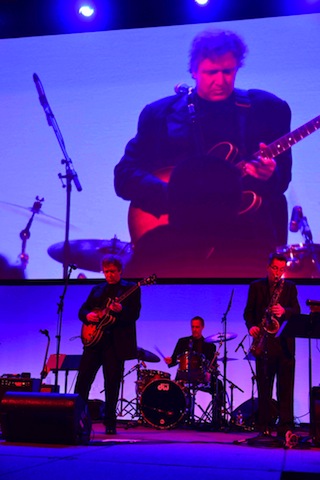 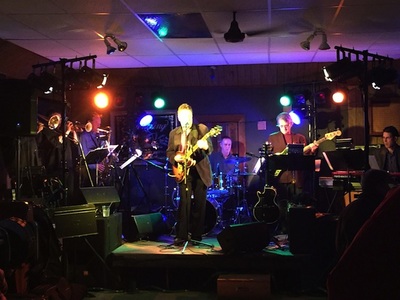 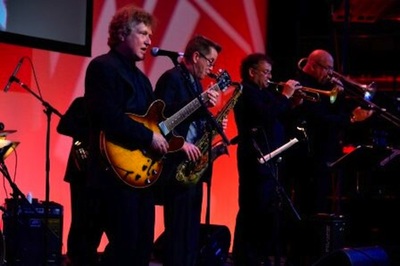 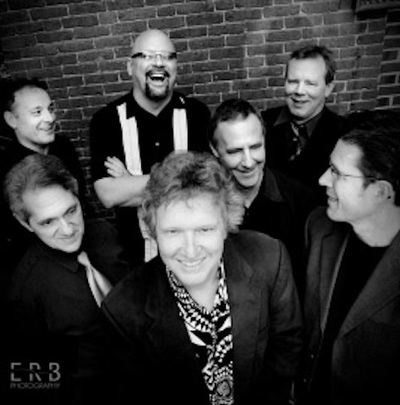 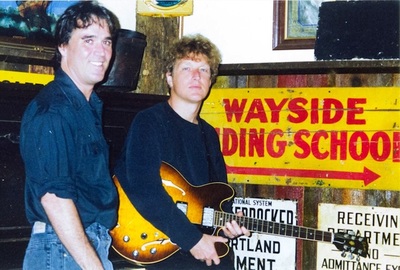 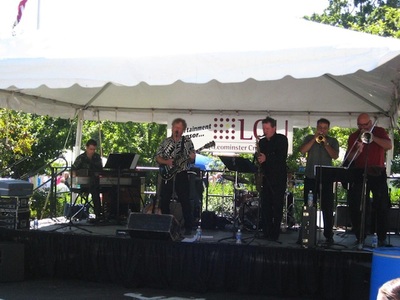 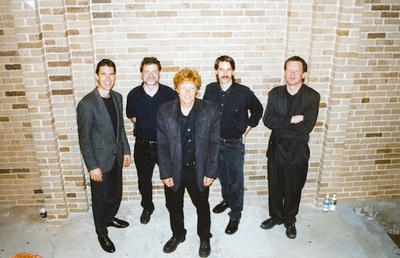 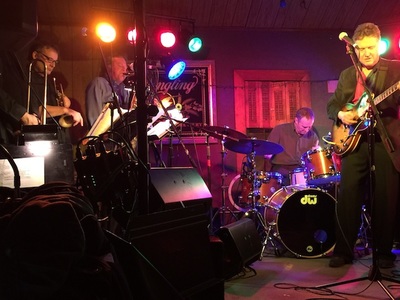 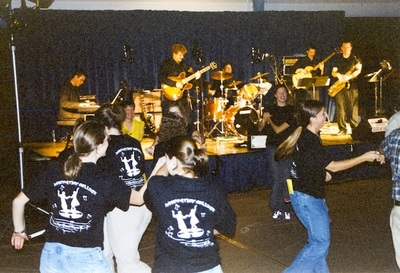 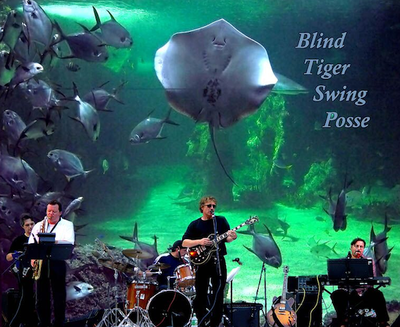 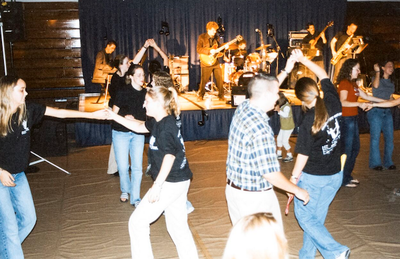 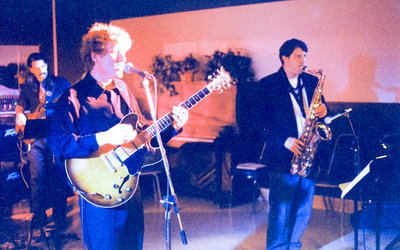 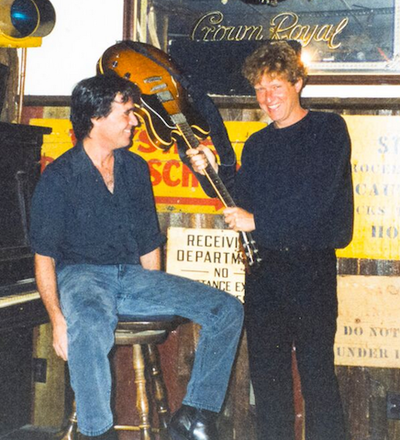 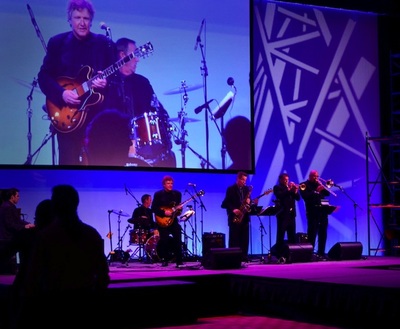 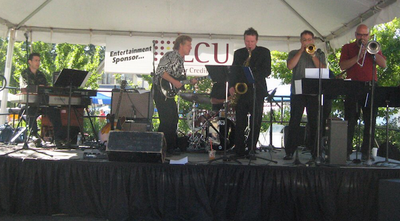 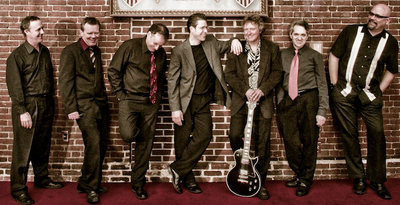 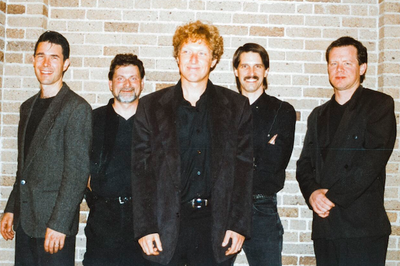 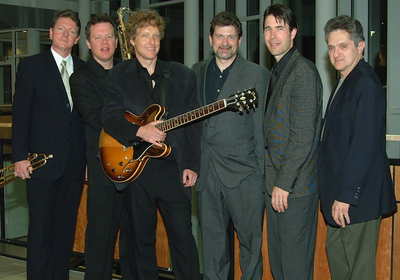 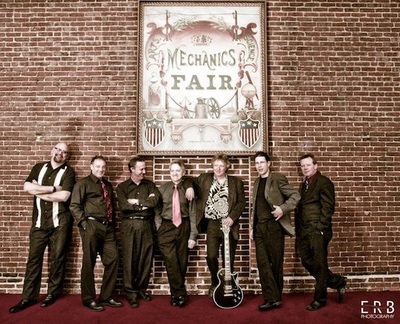 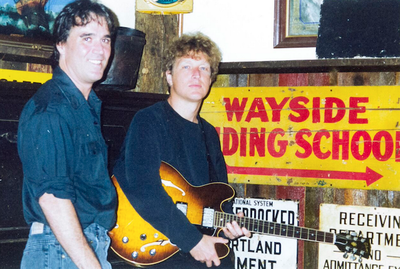 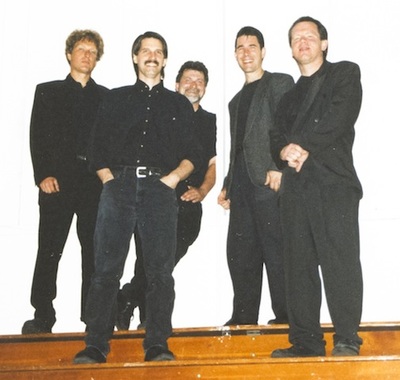 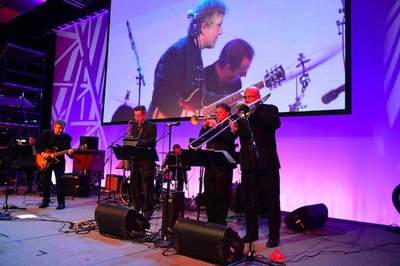 The History of Blind Tiger Swing Posse
Guitarist Doug Moore has seen a lot of bands in his time. The music teacher who was born and raised in Paxton, Massachusetts started his music career long ago locally, and has become known in Paxton as the go-to guy for music, the organizer of Paxton's successful showcase of local talent, Summerjam, the guy who can always help supply the music for any public occasion.

But he's also known in the wider musical community for the bands in which he's played guitar: Southpaw, Wilbur and the Dukes ("way too much fun"), Big Dawg, Tornado Alley.

But what he wants to talk about now, like the music he's played over the years, is an evolution of sorts. His most recent band, Blind Tiger Swing Posse turns 17 this year, and like the music scene and the bands themselves, their sound and their venues have changed.

What began as a band with Moore on guitar and longtime Wachusett buddy Michael Mischitelli on keyboard has changed, but is still reminiscent of those years as a local band, playing the clubs: Gilreins, the Blue Plate, The Firehouse, the nightclub atmosphere "where we cut our teeth," Moore says.

Moore remembers the days when that nightclub scene pulsed with live music from great local bands, an era he remembers as "amazingly vibrant."

That early experience was not just in Worcester, but right in Holden where Moore now lives, at the Blue Plate.

Getting a band to play at the Blue Plate was an accomplishment for "kids" in their teens and 20s, possibly in their first band.

"When I was a kid, the Blue Plate was like Carnegie Hall," he says.

Moore became part of that scene for quite a while getting music "out of his system" after an undergraduate degree in English from the University of Virginia. He continued his music, learned at Paxton Center School and at Clemente Music, where he now teaches. He played in and generated several local bands whose nights were spent rocking down the house.

Those days of playing local clubs regularly at night gave way as the band changed, and as life changed, to different venues; playing Boston hotels, occasional shows in the surrounding New England states, non-nightclub stuff, and only about a dozen times a year.

It's a bit of a reflection of the band members maturing as well. Members came and went, Mischitelli moved away ("his shoes were hard to fill"), others took his place. For Moore, the change of venues and bookings fit in with a desire to spend more time with his family.

But there's clearly a yearning for those days of filling a club with people and the excitement of live music.

the challenge of creating excitement," he says. "I come from the tradition of, your jobs not done if the walls are still standing."

As the band's schedule - and membership - changed, so did its repertoire.

"You do the things bands do . . . you experiment, see what resonates, what sounds challenging," Moore says. "That's part of the great journey bands go on."

For Blind Tiger Swing Posse, that meant expanding their jazz side.

"We wanted to try something new without re-inventing ourselves," Moore says of the new playlist, which is an homage to new and old: their old rock and blues roots and on top of that, jazz. Count Basie, Duke Ellington, Ray Charles, Little Richard, Duke Robillard, Room Full of Blues - you'll hear it all in the newest repertoire of Blind Tiger Swing Posse.

"Now our setlist covers a lot of ground," Moore says.

The new set list and celebration of 17 years of playing music comes at a time, Moore says, when the Worcester club scene is also seeing a renaissance, as evident in the renovation of Gilreins.

Although Moore has a wealth of nostalgia going, he appreciates the difference 17 years have made in the band.

"What's really satisfying these days is to play with people who have become great musicians," he says. "It's tremendously satisfying."

Moore is looking forward to another 17 years of spreading music through Massachussets and surrounding areas.

BY MELISSA MCKEON MMCKEON@HOLDENLANDMARK.COM
Powered by